Breaking the Cycle of Denial and Paralysis 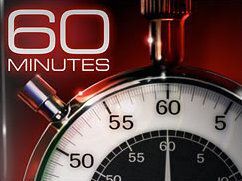 As its first story of 2023, the iconic television news program 60 Minutes featured the conclusions of several esteemed scientists who say that the Earth is suffering a crisis of mass extinction on a scale unseen since the dinosaurs. Most damning were the results of a World Wildlife Fund study that concluded that 69% of global wildlife has been lost in the past 50 years. The cause of that destruction, as described succinctly by Professor Paul Ehrlich on the same 60 Minutes segment: “too many people, too much consumption and growth mania.”

Every increase in our human numbers, which officially surpassed the 8 billion mark on November 15, 2022, has had an equally negative  impact on the natural world.  While any creature, no matter how tiny and benign, alters its environment, scientists around the world are speaking out about the increasingly rapid and profoundly devastating impact on the planet our growing human population is wreaking.

The 60 Minutes piece aired directly on the heels of the U.N. Biodiversity Conference in Montreal, where nations gathered to agree on future conservation targets. Rather than sound optimistic about the international effort, 60 Minutes chose to mention that not one of the goals those same nations agreed to at the same meeting in 2010, were met to limit the destruction of the Earth by 2020.

The World Wildlife Foundation (WWF) study is yet another reminder that the current strategies being employed by long-standing environmental groups don’t work. The WWF and others whose missions are to “protect and preserve wildlife” blindly follow the same well-worn track  again and again, hoping to see different results: attending biodiversity conferences, funding initiatives that treat the symptoms of biodiversity loss but don’t address the causes, and hawking pages and pages of “unsustainable” items like clothing, stuffed animals and “educational” plane excursions to far-off lands that further degrade, pollute and destroy our natural world.  This is a  strategy that for half a century continues to fail abysmally at making any progress against our rapidly escalating environmental emergencies. Unless and until these groups have the courage to face reality and change their way of thinking, we won't solve these crises and should expect to see ever higher levels of climate-changing greenhouse gas emissions, toxins across our land and waterways, and diminishing natural resources, wild animals and plants.

Earth Overshoot was founded in 2018 specifically to disrupt this entrenched mentality of paralysis and denial. If we expect to make real progress at achieving sustainable life on Earth, we can no longer reject what is true and unpleasant by embracing what is obviously false but comforting.

We are a very clever species. Look no further than our incredible success at adapting to our environment (primarily through the exploitation of fossil energy) that has allowed us to live immeasurably good lives and expand our species to every corner of the globe --  but not without consequences.

Thank you CBS and 60 Minutes for making us pause and reflect: Are we possibly too clever and successful for our own good?