Is Humanity the End of the Manatee? 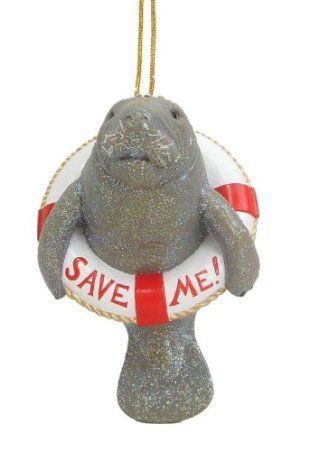 Hu-man-a-tee, noun, the impact by people on manatees. - Urban Dictionary

On a recent Monday night I sat down to NBC’s Nightly News and saw a story about four manatees being “rescued” from starvation and flown across the country for treatment at an aquarium. This past year, over 1000 of the total 6000 manatee population have perished in their primary US habitat along the Florida coastline.

The primary culprit is the pollution of the coastal waterways and tributaries due to the runoff from land development and agricultural production. Ammonium nitrates from fertilizer are being washed downstream and causing large algal blooms that cover the surface areas of water to  block the growth of the sea grasses that manatees eat.

“Rescue” stories like this are what we increasingly see in the news when it comes to human and animal health and welfare. We like rescuing things. We are attracted to inspiring and heroic stories that capture our emotions with technological solutions involving airplanes and aquariums that, as Lester Holt said as he closed his newscast, allow us to make   “a noble effort to save them.” What they really do is distract us from the reality that although four manatees, now in captivity, are being kept alive with human intervention while one thousand have perished from our destroying their habitat and wiping out their food source. Rescue stories like this one allow us to maintain our illusion that we are leading a sustainable way of life instead of confronting the fact that we are the cause of so much pain and suffering being felt by animals and people alike.

If I asked people whether they would rather save four or 1000 starving manatees, they undoubtedly would choose 1000. So why do we unnecessarily let 1000 perish? The answer is because we prefer a world of quick fixes that don’t require sacrifice. We like technological fixes that celebrate our intelligence but only kick the problem down the road until we are brave enough to confront it.

To truly “rescue” the manatee we must go upstream:

Why are the manatees starving? Because there is no sea grass (symptom).

Why is there no sea grass? Because of pollution runoff into the waterways (symptom).

Why is there pollution runoff? Because of the massive development and expansion of Florida (symptom).

And finally where we get to the heart of the problem,

Why the massive development and expansion of Florida?

When I was a child 50 years ago, Florida’s population was one third of what it is today. Comparing satellite photos from the 1970’s and today there is a stark contrast in the loss of natural habitat to roads, commercial development, housing and agriculture. In that same time period, the United States population overall has grown 150%. Every creature, no matter how tiny and benign, affects the environment in which it exists. For humans that effect is magnified because of our outsized consumption of resources. Everyone of us is an environmental liability. And in the industrialized nations like the United States that impact is amplified. Because of our wealth and affluence, we demand more: larger homes, more water, clothes and an abundance of food. As we add people to the planet, especially in wealthier countries, our total environmental liability increases. There are no technologies that can cure this fact. We can save, rescue and treat the symptoms and bring temporary relief, but the problem still grows.

Florida, the United States, and much of the world is in a state of ecological overshoot. There are too many people consuming too many resources and generating too much pollution for nature to live in balance with humanity.  With a long history of reluctance by people to reduce their standards of living and wealth voluntarily, the only genuine solution to achieving a sustainable future where the health of people and the natural world no longer suffer is to address unsustainable population growth. This is admittedly a very difficult task, but a necessary one. Humanity should not mean the end of the Manatee.