Do We Have to Accept a 'Ghastly Future?' 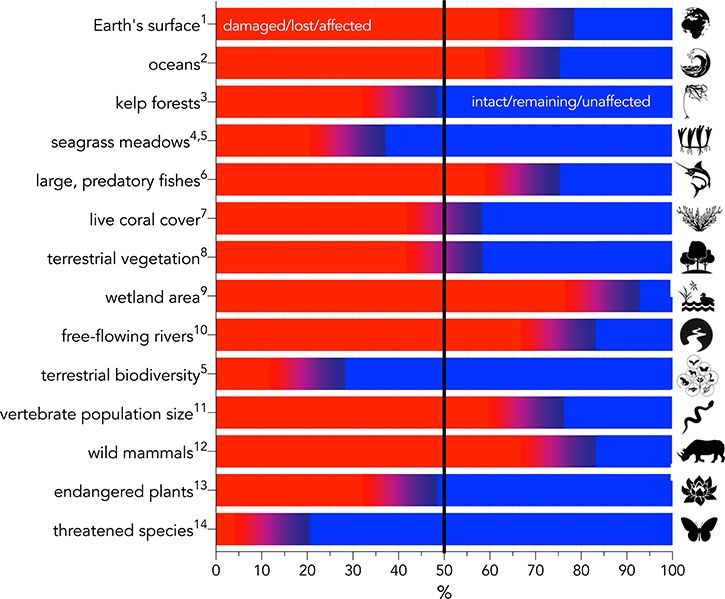 A recent report issued by an international collaboration of seventeen scientists warned that the world is heading towards a “ghastly future of mass extinction, declining health and climate-disruption upheavals” driven by human activity. Based upon a review of more than 150 studies detailing the world’s major environmental challenges, what distinguishes this report is its emphasis on the  need for efforts far greater than the individual actions most governments and organizations have been promoting, such as using less plastic, eating less meat, and flying less. The report urges more systemic changes if we are to avoid climate-induced mass migrations, more pandemics and conflicts over scarce resources. Even more noteworthy, the report, which appears in the journal Frontiers in Conservation Science, acknowledges the role of unsustainable population growth as a major driver of our environmental destruction and degradation and human suffering.

“Large populations and their continued growth drive soil degradation and biodiversity loss. More people means that more synthetic compounds and dangerous throwaway plastics are manufactured, many of which add to the growing toxification of the Earth. It also increases the chances of pandemics that fuel ever-more desperate hunts for scarce resources.”

In the past, many leaders in the environmental community, including scientists, have deliberately avoided connecting  population growth to our planetary health. Why? I believe they chose to omit unsustainable population growth from their  organizational platforms and priorities because it was a much easier path to take than try to defend this truth against relentless knee-jerk attacks from individuals and groups with differing agendas or misguided beliefs. Today, as our environmental emergencies grow worse by the day, many environmentalists, government officials and journalists are beginning to realize that adding 80 million more people to the planet every year (the equivalent of four New York City-metropolitan regions), all needing and wanting the goods and services necessary to have a decent quality of life, is putting enormous stress on the natural world. They also have failed to witness over their lifetimes any  technological advances, conservation strategies or government interventions that have significantly reversed our current trajectory toward ecological disaster and societal collapse.

Recently and largely unnoticed by the public-at-large, some individuals and fearless environmental groups have started openly and widely discussing unsustainable population growth as a defining challenge and obstacle to sustainability.  Not fearing the blowback from those less informed and emboldened by the data, their voices are gaining strength that growing smaller gracefully is a universally fundamental moral pursuit. If we value animal rights, human rights, social and racial justice, economic prosperity, environmental protection and national security, then we must demand equitable girls education, insist upon fully funded access to quality reproductive health services, ensure women’s social and financial empowerment and promote small families -- all of which have been proven by scientific studies and the test of time to not only rein in unsustainable population growth, but improve human lives, restore biodiversity and heal the environment.