Know an event we should be part of? Email suggestions to sara@earthovershoot.org 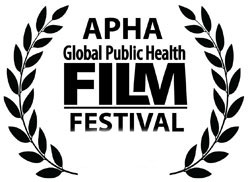 8 Billion Angels and Earth Overshoot will take part in the kick-off session for the American Public Health Association (APHA)'s Film Festival held in conjunction with the APHA Annual Meeting, November 2-6, 2019 in Philadelphia. Following the screening of the film, Producer Terry Spahr will lead a panel including experts on the environmental and public health issues raised during the film.